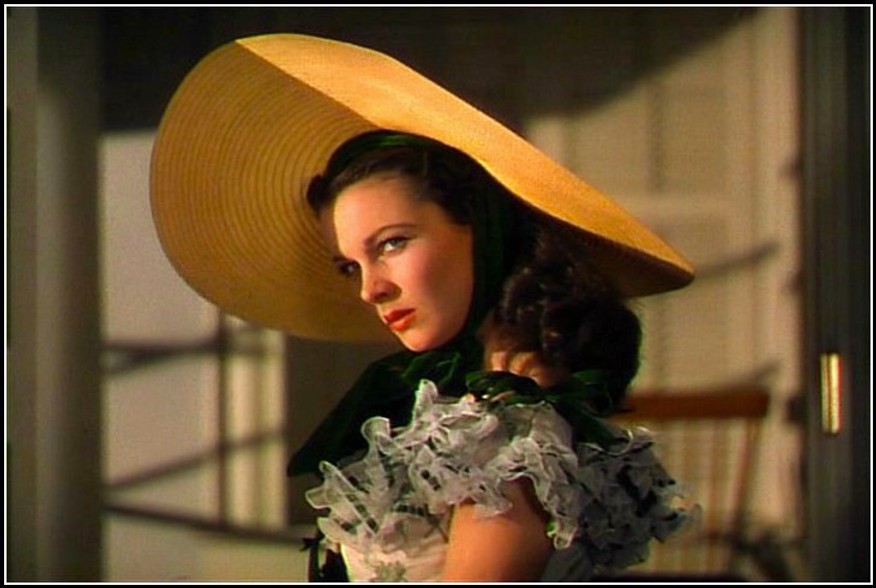 My second favorite movie of all time is Gone With the Wind and I often joke that I’m like Scarlet O’Hara. I often say, “I won’t think about that now, I’ll think about that tomorrow!” I never like to be uncomfortable, I always like to be the center of attention, and I’m used to getting my way and what I want. But like Scarlet, that can come with some ridicule.

However, if anyone that has seen Gone With the Wind paid attention, they saw that Scarlet was an amazingly strong woman. She always did what was necessary when it really counted. She took care of her family after the War and even after she was rich. She was true to her word, she was a savvy business woman, she always went after what she wanted even if she was in a little bit of danger, and she wasn’t afraid to stand up for herself; in the words of Ret Butler, “what a woman!”
But, because she is white and slaves are involved, most people of color look at me with the side eye when I make that comparison; most of which haven’t and won’t even see the movie.

Scarlet exemplifies a strong and brave woman, no matter what color. She survived war, starvation, displacement, personal attack, widowhood, poverty, ridicule, loss of a child, and what turned out to be the love of her life. She was a daughter, a sister, a wife, and a mother. She had a deep faith in God and love of the land, aka Tara. She was there for her friends and family and was never afraid to just be herself. That is why I identify with Scarlet O’Hara; plus the southern thang. I’m half city and half southern. I gotta say, I embrace my southern most of all. But I digress…..

When some people see others who are comfortable in their skin, they may try to project their own insecurities onto them. The name calling, the cutting digs, and the passive aggressive conversations are all a neon sign that you are dealing with someone that is not at your level. Depending on what you need to do, you may have to continue to deal with that person. If you don’t, they will fall away organically. However, like the first “P” in your HAPPY, give yourself permission to stay true to you and meet them where they are. In other words, you don’t need to cut them back, just extract what you need from the interaction and move on.

Most of all remember this – at the end of the day, it’s not what they call you, it’s what you answer to.

ARE YOU OVERSTIMULATED? How movies, tv, and social media impact your mental health
0 replies

Want to join the discussion?
Feel free to contribute!